Due to widespread flooding in the Northern Rivers NSW region, MardiGrass has been postponed until

See you in September!

The Nimbin MardiGrass is an annual rally & celebration in the tiny village of Nimbin in northern NSW, Australia.  Beginning in 1993, MardiGrass is held to protest the drug laws, educate people on the various uses of cannabis (medicinal, industrial, recreational & spiritual) and to celebrate the culture that has grown here over the last 49 years.

In 1993, the year of the initial Mardi Grass, the gathering became the centrepiece of a ritual empowerment process for a community whose Aquarian dreams of a better way of life, and their clarion calls in defence of the environment had been met in the only way the conservative local ruling classes knew how- “bring out the Drug Laws”. These laws were originally based on racist and cultural bias.  Hysterical (and false) claims of lurid threats to societal wellbeing provided those in authority with the big stick they considered necessary to keep the uppity minorities in line.

Unless you were here then you can’t imagine how fearful the local people were of the pre-Royal Commission on Police Corruption cowboys who masqueraded as law enforcers. And how liberating that first Mardi Grass was in cultivating personal pride as well as minimising the fear of pre-dawn raids, random (and illegal) searches, regular intimidation and that crushing sense of a province facing conquest.  But times have changed and new challenges now face us.  An alarming magnitude and complexity of social problems jostle for our attention and act to increase cynicism, scepticism, despair and rage.  Within all that though, the Drug Laws remain as emblematic of the “old days” and of bad laws generally.  In many ways, Mardi Grass is now more relevant than it ever was 30 years ago.

In 2022 Sunday September 18th is the epicentre of the PROTEST. Only a massive turn out of singing, dancing, celebrating, colourful and creative people will be noted by those in authority and the media. It’s not a spectator activity. Its standing up and (like the schoolkids in the USA) saying loud and clear: “ENOUGH IS ENOUGH. It’s time for change!” 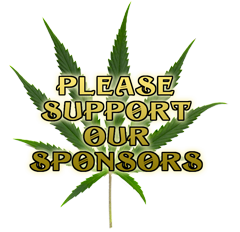